Right now, the world of mergers & acquisitions is taking a necessary deep breath.

2021 was a record-setting year for M&A activity and value creation, as volumes and deals soared past all-time highs. In 2022, things have slowed to a more sustainable pace, but they certainly haven’t whiplashed in the other direction either — M&A volume remains at healthy, pre-pandemic levels, and major deals continue to dominate headlines. Still, as leaders face tightening markets and uncertainty on a multitude of fronts, the pressure to make these investments count has increased.

More than ever, the potential for value in a merger isn’t good enough. The name of the game is truly capturing it.

At Gagen MacDonald, we see the answer to that challenge in people.

People activate business strategies. Their needs, strengths, interests, expectations, realities, beliefs, and networks all fundamentally impact what a business is able to achieve. When you’re attempting to combine two companies, this only matters more. The dynamics of people — of connecting them to each other and the new company, and motivating them to stay — are as complex as the logistics that drive deals. Yet often, the people side only gets a fraction of the diligence.

Gagen Managing Director Hillary Goodman is one of our foremost experts in M&A. She recently took time with Gagen Thought Leadership Specialist Danny Kelleher to discuss some of the strategies required to achieve the most M&A impact.

Could you share a bit about your background in M&A and how it relates to the work Gagen does?

I’ve had the good fortune of working on M&A projects since the start of my career, so I have quite a bit of experience, from my previous roles and today in current client work. With where the world and the economy are today, at Gagen we’re seeing transformations of all types as companies try to figure out how to grow. Much of what we’re doing is helping companies with the human struggle of change and transformation. What often triggers a transformation is a shift of some kind to a company’s strategy, structure or culture — divestitures, acquisitions, mergers, operating model changes, spin-offs, to name a few. M&A work therefore tends to poke its head out in a lot of different places.

It's one thing to acquire another business and another to successfully merge or integrate with that business — taking in new team members, new ways of working, new locations, et cetera. In your experience, what are the most critical elements to prioritize so it can be successful after acquiring another business?

I would say the biggest piece that companies miss in the pre-transaction phase is the due diligence around the people and culture side of the deal. Companies tend to over-rotate on the financial and operational aspects. You know, “If we come together, one plus one equals three from a financial and operational perspective.” But I think they oftentimes cut corners when it comes to the people side. The people part appears more like a check-the-box exercise, instead of an attempt to truly understand — what are the similarities, what are the differences, what are the gaps to close for us all to come together effectively? And what’s the impact to our people? What does it mean for our culture? What does it mean for our reputation?”

The research is very clear. Companies that are successful in truly understanding what the deal will mean for people and culture (on both sides of it) fare far better than those who don’t in fully realizing the value of the transaction, both in the short and long term.

A lot of companies make the mistake of putting all this time and effort and resources against those first three phases of the deal, and then on day one post-merge, all the consultants pack up their stuff ... This is where the real work actually begins — where you have to figure out how you are going to come together from two separate companies into one value-creating company.

Can you say more about how companies can go about assessing the collaboration between the two groups?

A key component is a cultural assessment to understand, what are Company A’s values, what are Company B’s values and where is there an overlap? Where are there gaps? The Values piece goes directly to how people in those various organizations behave. How are decisions made — and by whom? For example, collaboration often looks very different from company to company. It’s likely that some behaviors are the same on paper, but when you dig in you see that there are nuances and clear differences. If you don’t take the time to fully understand elements like what you recognize, what you reward, what you value and how you show up, you can create immense confusion post-deal.

Not surprisingly, in organizations that are increasingly distributed and operating remotely, these people dynamics and people behaviors become even more crucial to understand.

Why is it so important to do this culture assessment on the front end of the work? If, in leaders’ minds, these factors aren’t necessarily going to make or break the deal, why do you have to start early?

The reality is that the culture assessment should make or break the deal. Because to deliver on the value capture you’ve promised to all stakeholders, you need to retain your talent and retain their energy and enthusiasm. Upfront, if you don't figure out the structures and programs you need in place to get people to stay, nine times out of 10, that miss can have a significant impact on the synergies you're able to capture.

The classic dismissal of the people and culture piece is that it takes too long. Whereas the financial piece may be more straightforward. Obviously, that’s a bit hyperbolic, but is that partially the reason that the people side tends to get overlooked? Leaders think it takes too long?

I think that that's absolutely right. I would add a couple of other things too. I think one is, companies don't always have the right people focused on people and culture brought in early enough. They focus on folks who are the experts looking at the financials and the operational side, and have those same people look at the culture and people piece — it’s just not their expertise. With all due acknowledgement to the deal team, they don’t recognize the downstream impact of keeping the people and culture piece front and center.

On the topic of downstream impact — in mergers, the term “best of both” is often used to describe the potential of the deal. Is it truly possible to get the best of both on the people and culture side, or is it inevitable that one of the previously separate cultures becomes the sort of dominant one in the new dynamic?

I would say that “best of both” is very overused. We have to walk the talk when it comes to saying something like “best of both,” because I think the reality is a lot of employees on the acquired side don’t always feel that is accurate.

There’s this assumption we see frequently from groups that have been acquired, where they think they’re supposed to just get absorbed and live into these already defined values, behaviors and recognition systems. Where I've seen a merger work really well is when there are tangible examples that acquired employees can point to where they're like, “Huh! You actually redefined or rearticulated a value in the combined company that comes from our previous company!” You know — “You weren't agile before, and you've added agility to your values because you know that for us to deliver on our priorities, agility is going to be important.”

That recognition that the acquired company — and the people working in it — do have real value to bring to the new entity is enormous. It goes a long way. That’s how bridges and connections start to form across the newly combined company in very real, tangible ways.

It’s interesting. It feels connected to this idea we talk about a lot at Gagen — this idea that to really, truly transform, you can’t just add new people or a new side of the business. You must simultaneously break down what’s already been there and be willing to re-think the whole of the business.

That’s exactly right. It's one thing to say, “We want to be more agile. We want be more like you, that's why we want you. We need to be faster, more nimble, we need to be X and Y.” It’s another to actually do it.

I think Southwest is a great example of actually doing it. They made a commitment to re-evaluating their practices with an eye on consistently improving them. They had to change how they operated, down to questions like, “How many people do we want in meetings? How many people does it take to make a decision and at what level?”

A lot of companies have numerous good ideas, but what you don't see very often is the follow-through. It’s not solely about values and behaviors either. It’s also about symbols, such as leadership positions. A lot of people from the acquired company will look to see if anyone from their old company has been appointed to the leadership team of the new organization. That can impact whether people see a home for them at the new company. There is the classic “wait-and-see” mentality, which is so very real for people. The question we ask clients in this situation is, “How much work and momentum is going on at the new company while a large portion of your people are in a wait-and-see headspace?”

How does this “wait and see” notion reconcile with the long tail of value creation, and the pressure to create new value quickly? Obviously, you’re not expected to deliver value the day after the deal closes, but the Street's not going to give you five years to deliver value either, right?

I think Wall Street has reset its expectations in terms of how much time they're willing to give to complete a deal. Today, companies have to show value much earlier than before because shareholder expectations are high, and investor patience is limited.

In our experience, that's where the real hard work begins. A lot of companies make the mistake of putting all this time and effort and resources against those first three phases of the deal, and then on day one post-merge, all the consultants pack up their stuff and walk away, signaling their job here is done.

This is where the real work actually begins — where you have to figure out how you are going to come together from two separate companies into one value-creating company. I’m proud to say this is the part where we’ve done a lot of really good, deeply meaningful work for our global clients. We truly help them deliver on the value after day one.

Hillary Goodman is a Managing Director with Gagen MacDonald.

Since joining Gagen in 2011, she has gained extensive change and communications expertise through all phases of a deal – from pre-announcement through implementation across a range of industries.

Hillary has worked on the ground with clients to use communication, employee engagement, storytelling and leadership development to ensure a cohesive employee experience in the midst of M&A integration.

Prior to joining Gagen, Hillary worked on various change and transformation initiatives with another independent consulting firm.

Hillary received her M.S. from the Newhouse School of Public Communication at Syracuse University. She is also a graduate of Union College, where she received her B.A. in English & Spanish. 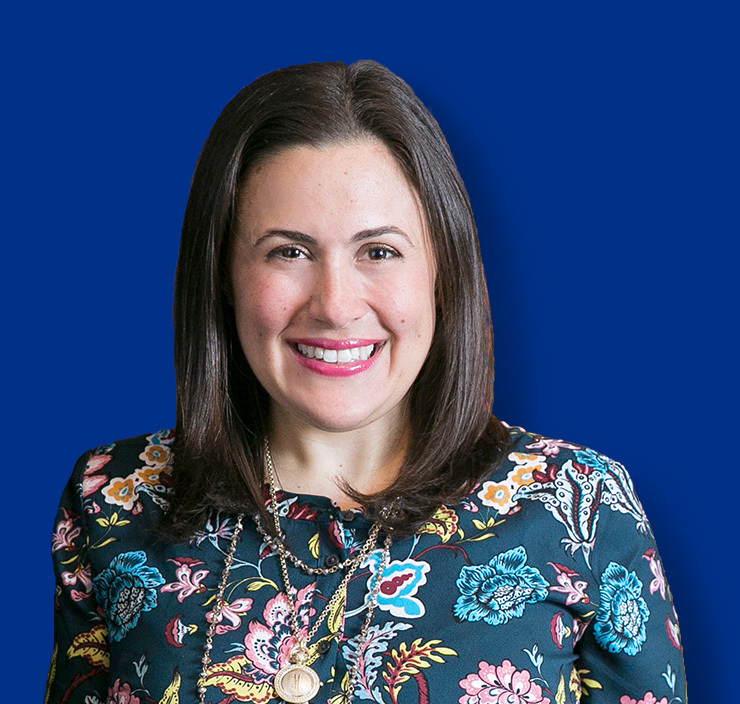 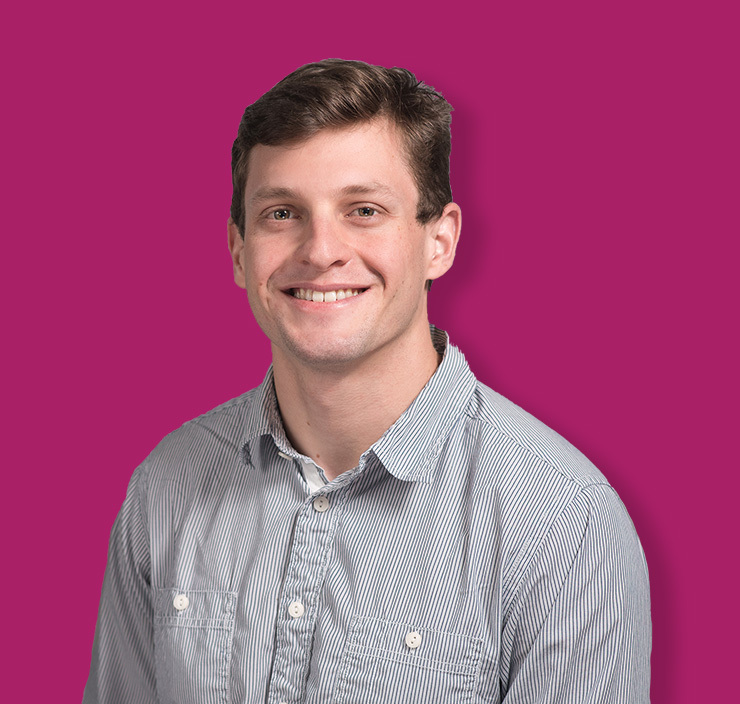